The year 2019 is almost over and with that not only does a year come to an end, but also the second decade of this century. A year that, after a turbulent political year in 2018, brought Italy back to a more stable period with room for economic growth. The economic situation in northern Europe proved to be in excellent condition despite the international trade troubles and the brexit, which had a positive effect on the confidence of second home buyers. Due to the still historically low interest rates, it remained very attractive in 2019 to invest in real estate like a second home.

In Italy there is a visible difference in price and market developments between the real estate market for second (luxury) homes and the market for permanent residence. This last category recovered for the first time in years, where the first category began to suffer from the scarcity in the popular parts of the Italian Second Home market. So in 2019 there was finally an improvement in the permanent living segment. This was reflected in an increase in the number of transactions and an increase in the number of mortgages issued by the Italian banks. The latter in particular is an important signal and gives hope for further recovery. For the entire market, the number of transactions for the fourth consecutive year has increased. Strong demand from abroad is a constant factor that in recent years has had a major impact on the condition of the Italian second home market. It remains an attractive time for buyers. The price level is lower than a few years ago and the supply is generally still quite large. Major price falls should not be expected in the near future.

The north: the lakes and ski resorts

Lake Maggiore showed a remarkable recovery in the north, particularly in the higher segment of the market. This development also started a few years ago on Lake Como, the first segment to be restored there as well. In general it can be said that the lakes are showing a stable picture where the growth in demand seems to have stabilized for a number of years. It can be seen that demand is concentrated in the price range to euro 300,000 and in the high segment from euro 1.5 M. Demand in the intermediate segment is lagging somewhat behind, which may have to do with the fact that there is little supply there. We observe a return of demand for second homes from the prosperous northern Italian cities, so wealthy Italians also enter the market again. The Piedmont region also remained a very popular area in 2019. Another trend that has already been seen in recent years has continued into this year: the demand for good homes in the winter sports areas of the Dolomites has reached a level never before seen. A problem there, however, is that there is a serious scarcity. This scarcity is due to the fact that the development of new projects is lagging behind, but also because in the most famous villages of the German-speaking part of the Dolomites restrictions apply to the purchase of new-build homes by non-residents, which is due to the special status of the region Trentino-Alto Adige. The interest in winter sports in Italy from northern Europe has never been so great and buyers from northern Europe are emphatically present on the market. They will have to enter the market decisively and, in addition, account must be taken of a large price difference between the various areas in the Dolomites. In general, the more German-speaking part of the area is (considerably) more expensive than the parts that can be found in the Veneto region. In the part of the Dolomites that belongs to the Trentino-Alto Adige region, restrictions for non-residents also play a role in the purchase of new-build properties that also have an effect on the already existing scarcity in the supply. The arrival of the Olympic Games in 2026 and the World Skiing Championships Alpine Skiing in 2021 are expected to give an extra boost to tourism and the demand for holiday homes in the various parts of the Dolomites.

In central Italy, the supply is wide in some areas and buyers are critical. The Umbria region showed strong growth in all segments. In Tuscany, prices are stable in all segments. However, prices have still not reached pre-crisis levels, so it is still a good time to invest. Le Marche remains a much sought after region and we have seen that homes from the higher price segment are also being sold. Abruzzo is an interesting alternative for people who want to invest in central Italy. In any case, our advice remains to buyers who are interested in regions such as Tuscany, Umbria and Le Marche not to wait too long.

The political situation in Italy

Concerns about the political situation in Italy have always been a factor that influences the development of the demand for second homes from abroad. The change of government in 2019 has again improved the relationship with Brussels, so that some peace has returned. This has also given foreign buyers extra confidence.

The figures on the Italian real estate market as published each year by the Banca d'Italia indicate that the market as a whole continued to recover steadily in 2019. The quarterly survey of 1,117 real estate agents throughout Italy shows that the market as a whole is slowly recovering, but that demand is expected to slow in the short term. For the slightly longer term of 2 years, however, the mood remains positive. An increase is however observed between the initial asking prices of homes and the final selling prices, in particular in the urbanized areas.

For 2020, we expect a continuation of the existing trend for the second home segment that we have seen for a number of years. If the political situation remains in calmer waters, then demand from abroad will remain high. The chances for further recovery of the market for permanent residence appear to be fairly favorable. Large price variations are not to be expected in most areas, but due to limited project development in central Italy and in the ski areas, there may be a further scarcity of certain types of homes. In the most prized or prestigious areas in Tuscany, the Dolomites and on the northern Italian lakes, the price level will remain unchanged. Due to the increasing interest from countries with a stronger economic situation every year, the price level in the higher segment of the market will also remain strong. For Piedmont we expect that the growth in interest will continue. The region has taken everything along and has clearly benefited from the international recognition in the form of the UNESCO World Heritage List of the wine regions in the Langhe. We are seeing a growing interest in the south of Italy for Puglia, which will continue in the coming year. Savings interest is historically low, making an investment in stones one of the attractive investments.

If you want to talk to us about the current market situation in Italy, or more specifically in a certain region, please contact us! 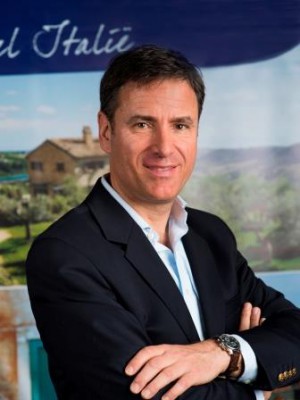